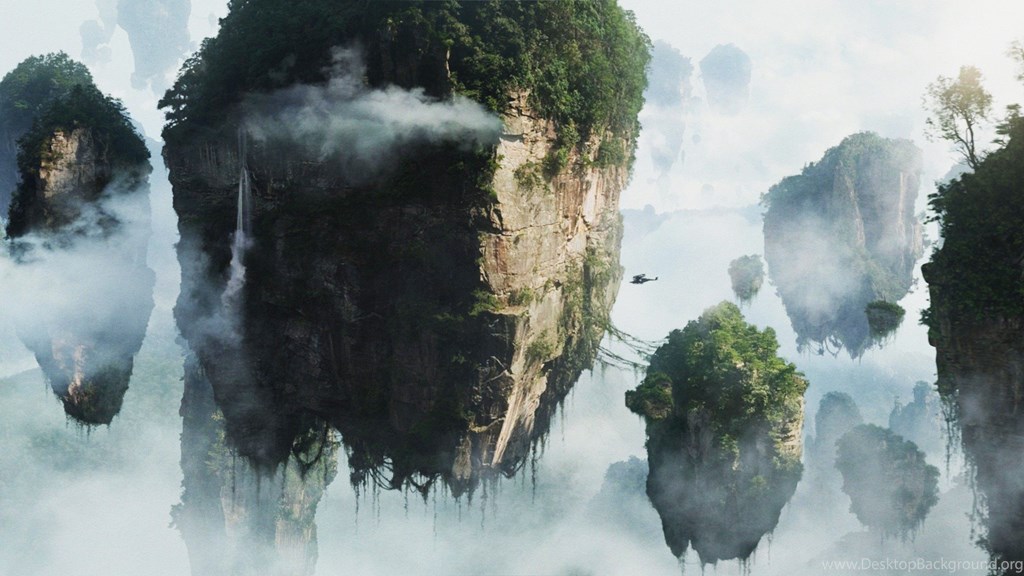 There was a time, not so long ago, when people went to the movies to see something they’d never seen before. A quarter-century into the era of CGI, it feels like almost everything has been done. Big films have thousands of VFX shots, and while the quality of them has definitely increased exponentially, the quantity is such that it’s hard to remember the last time I sat in a theater utterly gobsmacked by what was on the screen and wondered how in the world the filmmaker accomplished it. James Cameron doesn’t make a whole lot of movies, but when he does, you know he’s going to push the envelope. He loves break ground, be it The Abyss, Terminator 2: Judgment Day or Titanic, if Cameron is making a film, he’s out to smack the gobs of his audience and show them something new. Love it or hate it, you can’t argue he didn’t make Avatar awfully pretty to look at.

As Avatar near’s it’s 10th anniversary, its legacy is a bit of a mixed bag. The film remains the all-time box office champion globally with $2.71 billion. The film was largely hailed by critics, was nominated for 9 Oscars and won three (Cinematography, Visual Effects, and Art Direction), and is responsible for 3D technology being slapped on to every big film that’s come out in its wake. Avatar and 3D are linked, and the film, like Gravity and IMAX, is so heavily dependent on being seen in the most cutting edge way on the biggest screen possible that it loses a lot in most home theaters. And unlike Gravity, Avatar is working with the other Cameron trademark: really dicey dialogue. We are talking about a film whose plot centers around the battle for control of a resource named “Unobtanium”. You don’t watch Avatar for the script. You watch it because the film is gorgeous.

Cameron developed Avatar for 15 years before he brought it to the screen, and it’s an impressive bit of world-building. It’s a visually-arresting, layered biosphere that still holds up as some of the nicest eye candy that’s ever landed in a cinema. My favorite bit of that eye candy is The Hallelujah Mountains. First introduced in a great fly-by sequence, the floating mountains (which Cameron modeled after a Chinese rain forest) are given a three-minute showcase on the way to the banshee scene. That bit of FX exposition, which contains almost no real elements, is my favorite bit of the film. I have seen, at this point in my life, easily 10,000 movies and if one manages to leave something indelible on the landscape of my imagination, that’s fantastic. Floating mountains? That’s a little corner of my personal cinematic kingdom that Avatar gets to claim, and for that reason, I’ll forgive horribly named elements and Sam Worthington’s acting and think fondly on the film in perpetuity. 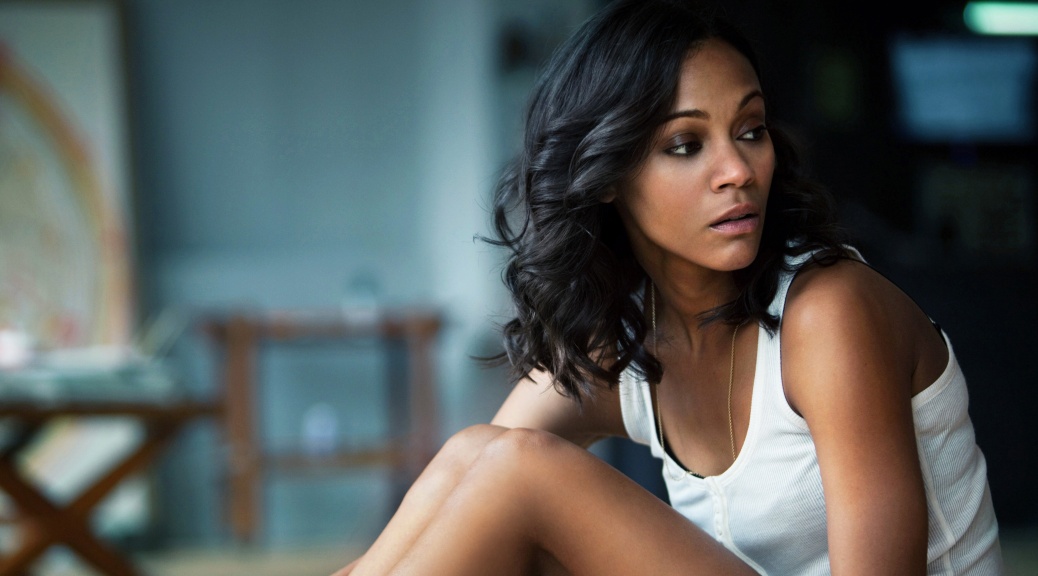 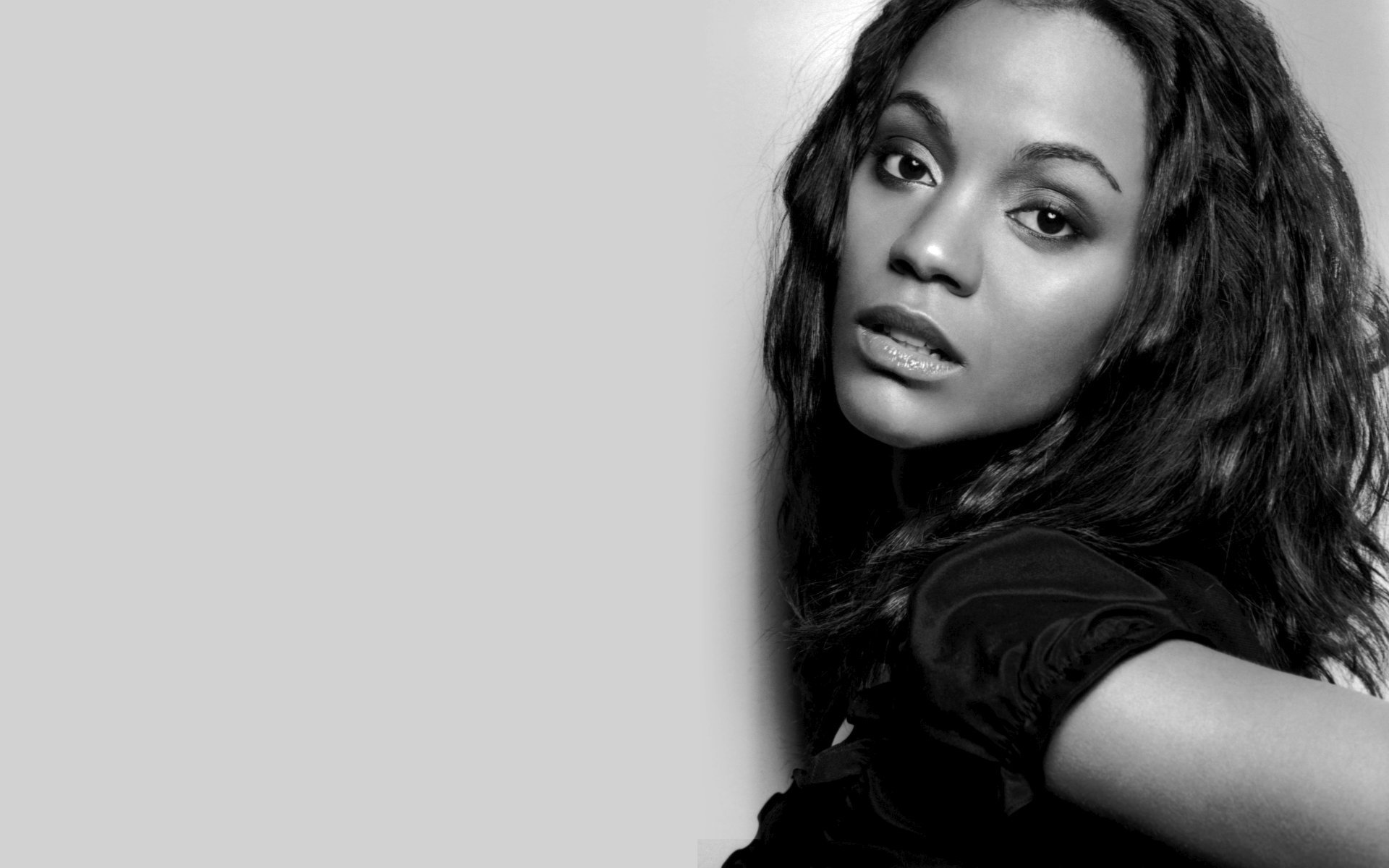 Zoe Saldana was originally a ballet dancer before her interest in theater drew her into films.  She has been part of, perhaps, three of the best action/adventure films of this millennium in Pirates of the Caribbean: The Curse of the Black Pearl, Star Trek, and Guardians of the Galaxy.  Between reinventing Uhura in Star Trek, portraying Gamora in the MCU, and Avatar (and its upcoming four sequels), Saldana has taken the torch from Sigourney Weaver in becoming science fiction’s action queen.  Her dance background makes her extremely gifted with fight choreography and in motion capture, and her acting skills don’t require make-up.  She’s held her own with Tom Hanks in The Terminal, Mark Ruffalo in Infinitely Polar Bear, and Christian Bale in Out of the Furnace.  I hope the grind of the Ava-sequel shoot doesn’t prevent her wholly from doing other films, because she’s always an outstanding addition to any ensemble she joins.
END_OF_DOCUMENT_TOKEN_TO_BE_REPLACED

I Kill Giants is one of the best graphic novels of the last decade, and Joe Kelly has adapted his award-winning tale for the screen.  I love the look of the trailer.  It really captures Barbara’s odd ferocity and sets you up for finding out what her story really is.  It has a lot of themes in common with last year’s spectacular A Monster Calls, and debuted at film festivals late last year, but will go wide in theaters this March.

“I Kill Giants” tells the story of a young misfit girl named Barbara (Wolfe) battling both real and imaginary monsters in her life. Joe Kelly, who wrote the award winning graphic novel he created with illustrator Ken Niimura, has also written the screenplay adaptation. Saldana will play school psychologist Mrs. Mollé, who plays a key role by helping Barbara face both internal and external threats, forming an inspiring bond with her in the process
Read more at http://www.comingsoon.net/movie/i-kill-giants-2017#sL1bf7fJbVZ4vGfH.99 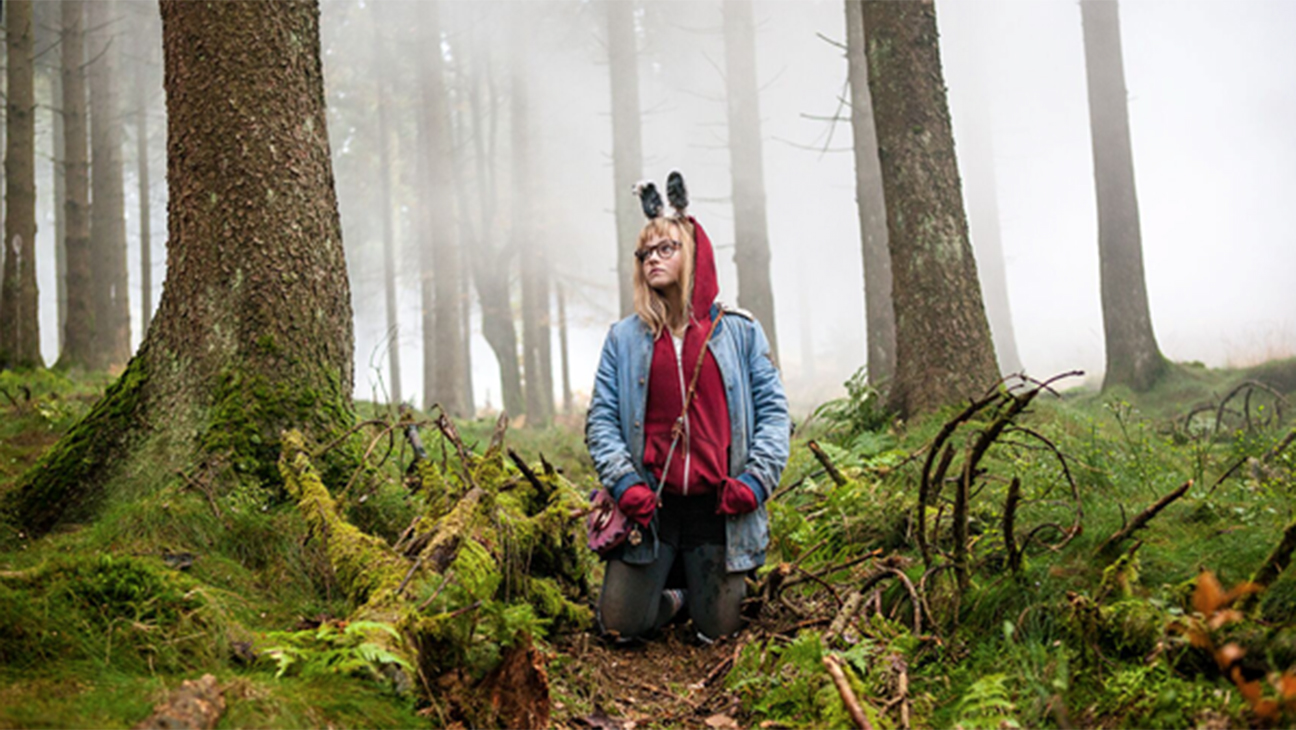 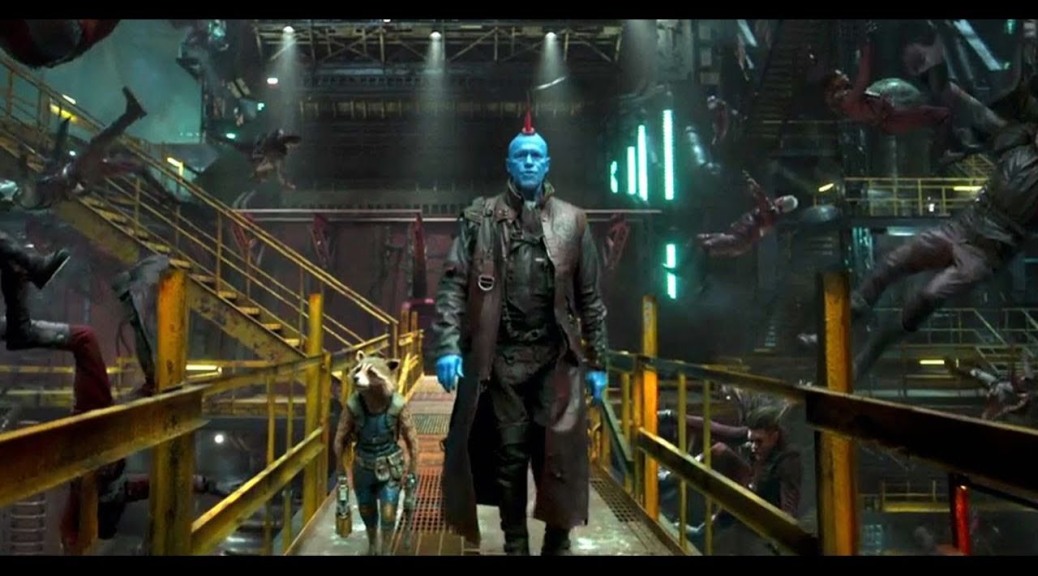 How do you pick just one scene from this film (you can read my full Guardians 2 review here)?  While most sequels go bigger, Guardians 2 actually is a much smaller, character-driven film.  With this being the last time to see Peter Quill and company before The Infinity War, director James Gunn I think wisely decided to slow it down a little (for the Guardians, graded on a curve) and give you time with each character.  They’re going to be as integral to the war as The Avengers and we’ve had at least four or five films with even the junior members, but only two with the Guardians.

The film is a non-stop funny machine.  It’s line after line after gag after gag, and while I think the first film is a hair better, I think this film is funnier.  Yondu (Michael Rooker) joined the Guardians in film #2, and the awesomeness of his whistle-controlled arrow of death was unleashed in a way that you wouldn’t have even thought possible.  He and Rocket destroying a ship with it is my highlight, but I’m not going to deprive you of the best of Baby Groot (to be only topped by sullen teenage Groot in the credits) and Drax (Dave Bautista continues to amaze me; he OWNS this role and clearly has so much fun playing him).  Get your MCU hats on!  Issue #17 is out this weekend! 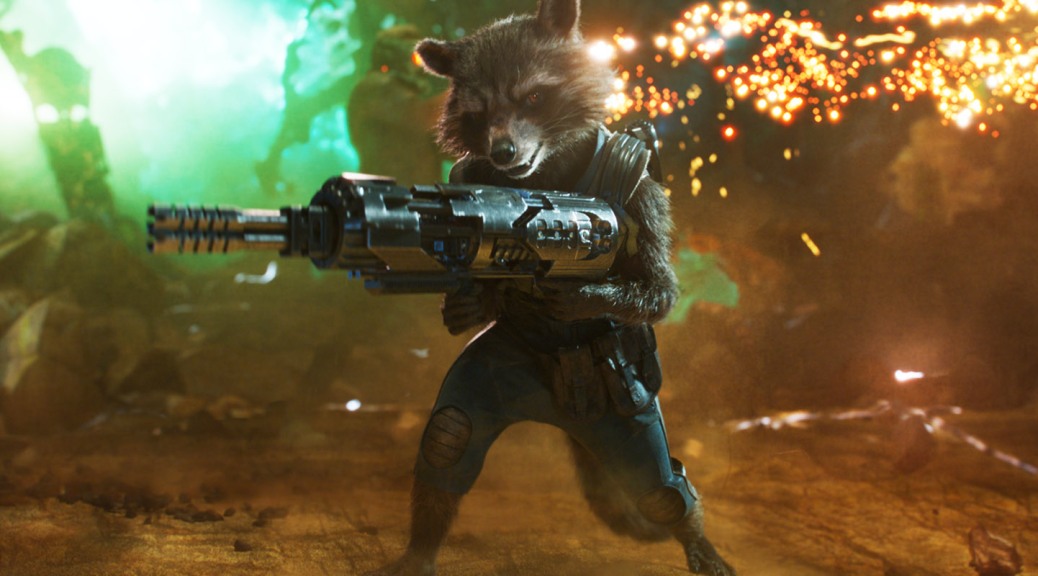 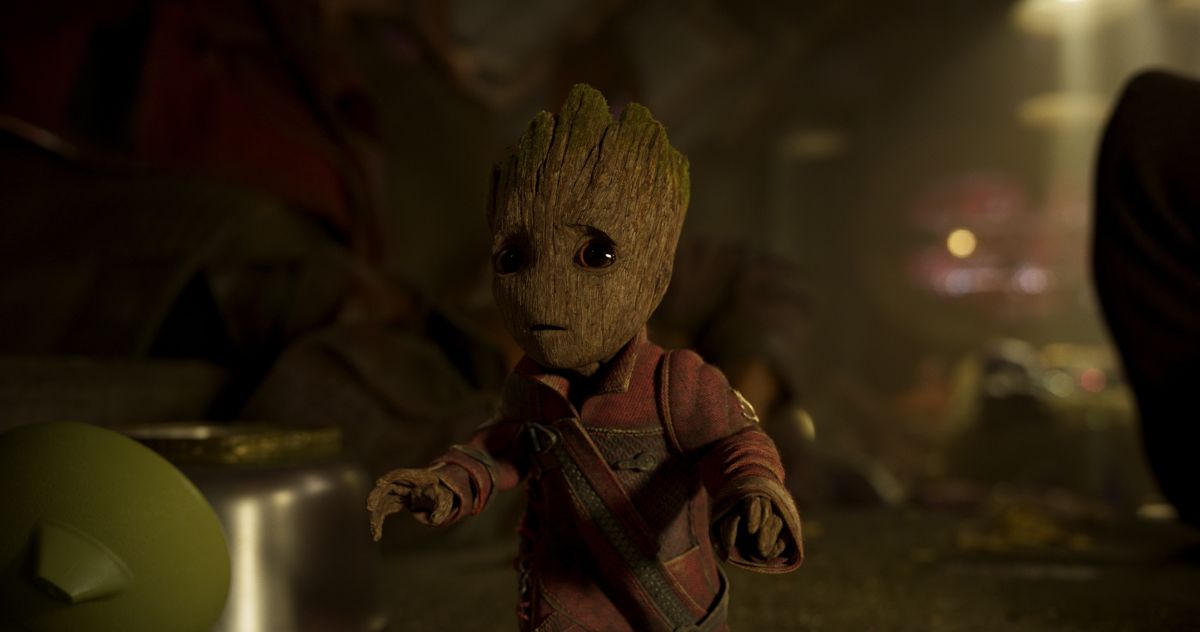 Though it’s not going to pass the box office juggernaut that is Beauty and the Beast, Guardians of the Galaxy Vol. 2 still looks like it will be the biggest film of the summer and certainly was a hit with the fans.  KT asked readers to dub the most awesome Guardian of them all and thus began one of the most furiously contested polls we’ve ever had.  In the beginning, there was Star Lord.  Peter Quill was dominating this poll through week one, and then it became a three-way race for the next two weeks as Rocket and Groot pulled right alongside him locking it into a virtual three-way tie.  However, last week saw a surge of support for the Galaxy’s most gun-obsessed trash panda, and Rocket is the pick as KT’s Favorite Guardian of the Galaxy with Groot at #2 and Star Lord at #3.  Absolutely no love for Gamora or Mantis?  I get Gamora had really nothing to do in the last film but how do you not love Mantis?  Fickle horde.  A new poll should be up in a week.  Thanks to all for the frenzied voting. 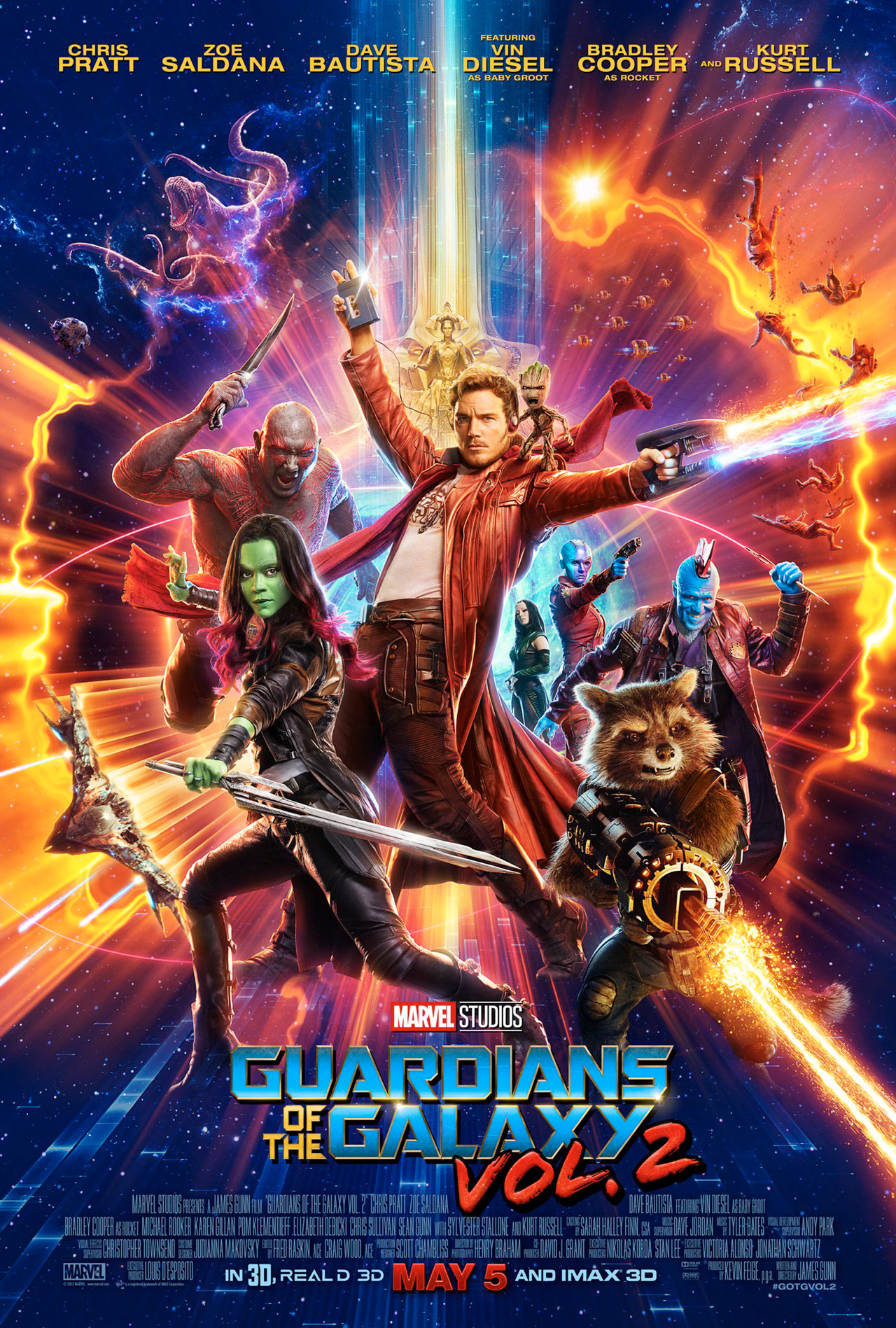