The first trailer for Disney’s adaptation of Madeline L’Engle’s from D23 seemed bizarre, but you can’t judge a film on just one trailer.  I think, in this case, you can in from two.  It’s been a few years since I read A Wrinkle in Time, but please tell me that anything in this trailer seems vaguely like the book L’Engle wrote.  This isn’t a “reimagining”, this is a disservice.

The cast for A Wrinkle in Time includes Oprah Winfrey (Selma, The Butler) as Mrs. Which, Reese Witherspoon (Wild, Walk the Line) as Mrs. Whatsit, Mindy Kaling (The Mindy Project, Inside Out) as Mrs. Who, Chris Pine (Star Trek Beyond, Hell or High Water, Into the Woods”) as Mr. Murry, Gugu Mbatha-Raw (Beauty and The Beast, Belle) as Mrs. Murry, Zach Galifianakis (Birdman, The Hangover) as The Happy Medium, Michael Peña (Ant-Man, The Martian) as Red, André Holland (Moonlight, Selma) as Principal Jenkins, Levi Miller (Pan) as Calvin, Deric McCabe as Charles Wallace, and introducing Storm Reid as the iconic literary character Meg Murry.

Bellamy Young, Rowan Blanchard and Will McCormack round out the highly-acclaimed cast.

The film is a reimagining of Madeleine L’Engle’s classic novel that takes Meg Murry, her brilliant brother Charles Wallace and their friend Calvin on an unexpected journey into alternate dimensions on a mission to bring home their father. First published in 1962, L’Engle’s novel has sold more than 23 million copies worldwide, receiving a recent surge following Chelsea Clinton’s mention during the Democratic National Convention. Winner of the Newbery Prize in 1963, “A Wrinkle in Time” has been translated into 35 languages.

Disney’s A Wrinkle in Time movie is directed by Ava DuVernay (Selma) and produced by Jim Whitaker and Catherine Hand. Jennifer Lee (Frozen) wrote the screenplay. A Wrinkle in Time is set to debut in theaters on March 9, 2018. 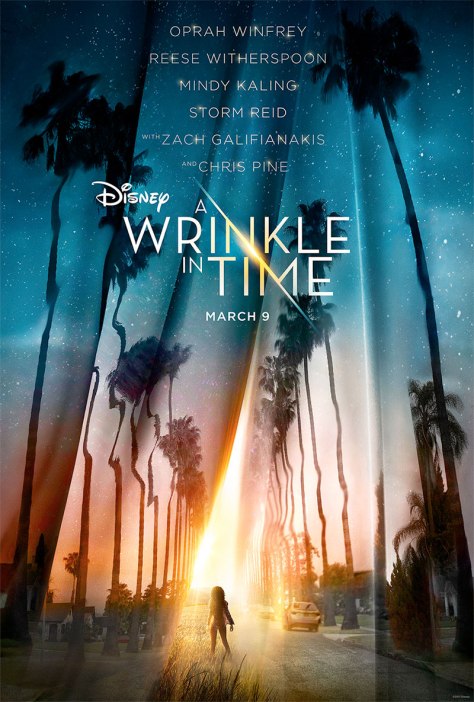 In a year that’s seen perhaps the most quality of quantity in the comic book genre with Logan, Spider-Man: Homecoming, Guardians of the Galaxy Vol. 2, and Thor: Ragnarok all scoring, Wonder Woman still stands as the best comic book movie of 2017.  The DCEU in Wonder Woman captured what makes the DCU work in comics.  The DCU has an earnestness and acceptance of its own fantastic nature whereas Marvel tends to try to ground things in a more logical reality.  The DCU is a magical, cosmos-spanning, wonderland (punny).  It has street-level heroes like Batman and Green Arrow, but more common are larger-than-life godlike beings like Superman, Flash, and Wonder Woman.  Patty Jenkins’ take on the Amazons and Diana was the best Wonder Woman anything that’s ever been done on any screen or any page.  It captured the essence of her character and allowed us for the first time to get that feeling of what a special place the DCU is. END_OF_DOCUMENT_TOKEN_TO_BE_REPLACED 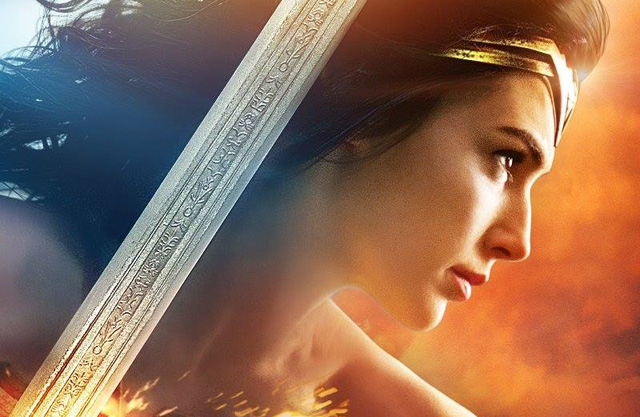 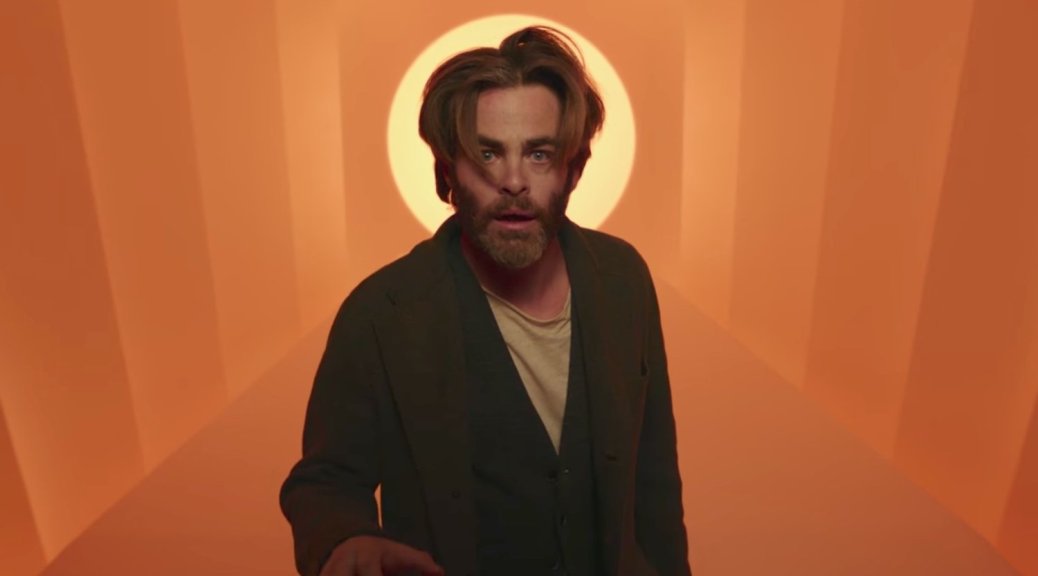 Premiering Saturday at D23 was the first trailer for Disney’s adaptation of Madeline L’Engle’s classic novel A Wrinkle in Time.  I was intrigued by the trailer to begin with..but then it starts to look very VERY Tim Burton Wonderland VERY quickly, which is not A Wrinkle in Time.  The frightening word in the official release below from Coming Soon is that it’s called a “reimagining”.  A Wrinkle in Time is busting with imagination.  It doesn’t need to be re’d (now a word).  This is Disney’s big March release for 2018, but this first look doesn’t fill me with a whole lot of anticipation. END_OF_DOCUMENT_TOKEN_TO_BE_REPLACED 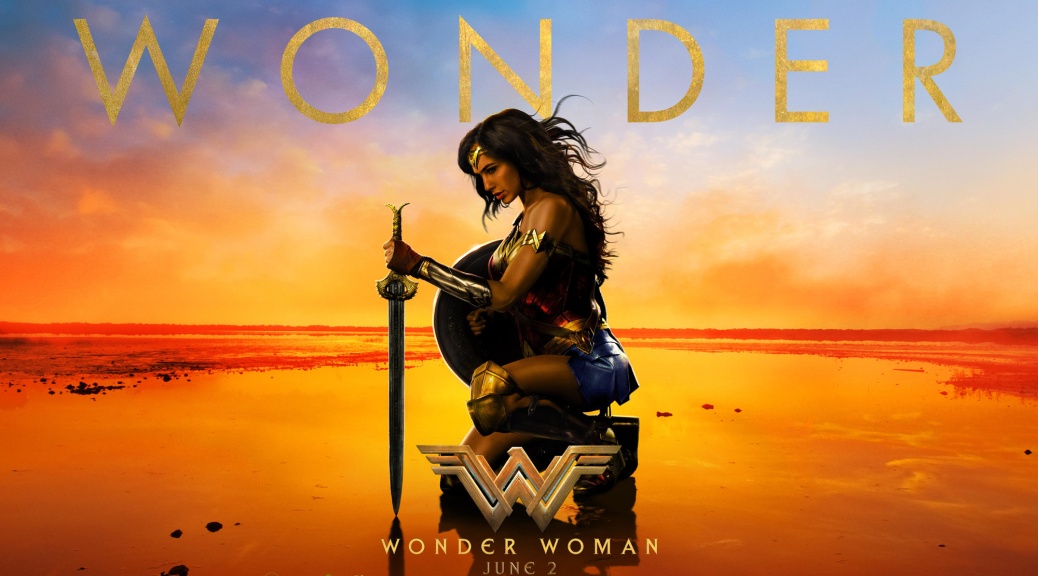 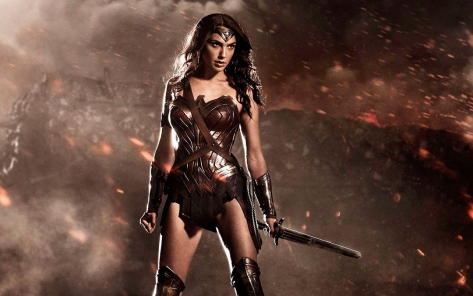 Richard Donner’s 1978 Superman.  Tim Burton’s 1989 Batman.  Patty Jenkins’ 2017 Wonder Woman.  DC’s trinity of chief superheroes all now finally have a film that will define them forever.  That’s not overstatement or hyperbole.  I’ve been skeptical about the DC Extended Universe of films, though hopeful at recent developments.  I honestly didn’t know what to expect from Wonder Woman going into the theater.  I’ve read a lot of comics, and there’s the Lynda Carter TV show, but if you asked me yesterday I couldn’t have picked out a defining Wonder Woman story and said THIS is the character.  I can now.  Wonder Woman is one of the best (if not THE best) films of 2017, one of the best comic book movies ever made, and the best ANYTHING Wonder Woman ever written or filmed.  It’s.  That.  Good.