You could have an extremely entertaining argument over exactly when in Breaking Bad Walter White stopped being a decent man in a bad situation making extraordinarily bad decisions and became an evil person.  For me, the point of no return for Walt occurs both in the second season’s finale, but also brilliantly teased out over the course of the entire second season.  Through the whole season you kept getting expanding clues that we were headed toward a calamity….then it became more clear that calamity was a plane crash…but it wasn’t until the finale that it became clear that Walt’s decision not to save his partner’s girlfriend (Krysten Ritter) from her drug overdose was not only a clear case of murder by inaction, but would cause a chain of events that would cost hundreds of people their lives.

END_OF_DOCUMENT_TOKEN_TO_BE_REPLACED 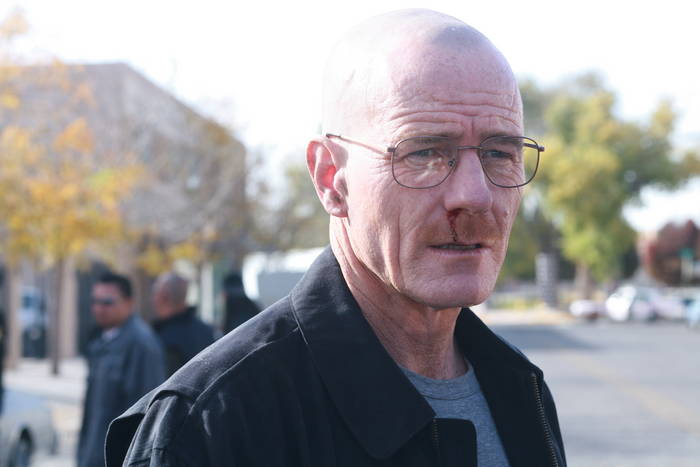 Breaking Bad sounds like a horrible idea in concept.  A high school chemistry teacher finds out he has terminal cancer, so to earn some money to leave his family he begins cooking meth with one of his old students.  In practice, it’s a slow burn to some of the most intense scenes in television history as Bryan Cranston‘s character, Walter White, slips deeper and deeper into a world of darkness.

Anyone who’s ever told me that they couldn’t get into the show, has always said the same thing: that the first season is too slow and they lost interest.  That’s actually exactly what happened with me the first time I watched it, but you have to push through, and when you do, you’ll realize all the groundwork the first episodes lay for what is really a five-season tele-novel.  As Walter drives himself harder and harder to make money, he falls in with a crazed gangster who beats his partner half to death and steals a batch of their product.  This confrontation between the gangster and the first appearance of Walt’s alter ego – Heisenberg – marks a tipping point in his ever shifting line in the sand between making money for his family and just making money by any means.  It’s also probably interested more people in chemistry than any ten textbooks have ever managed. 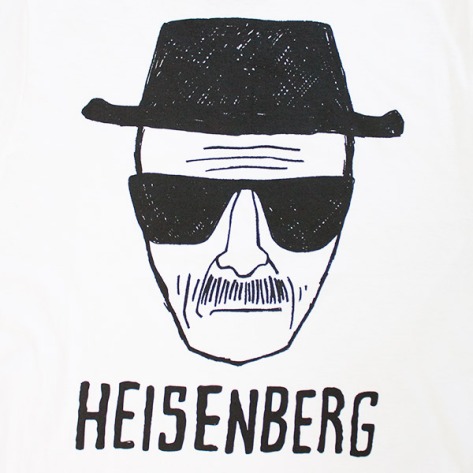 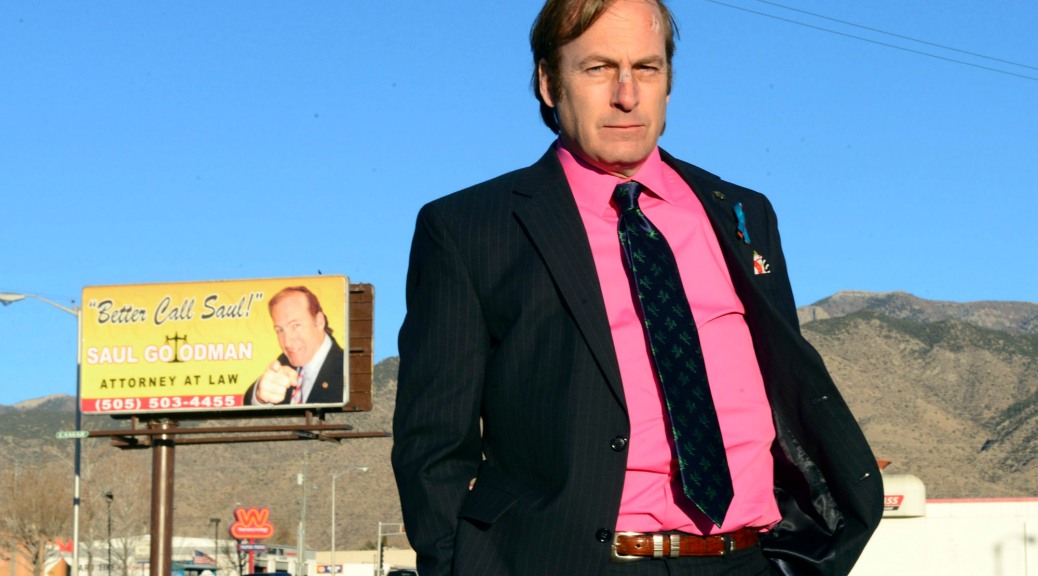 Spin-offs are a dubious proposition.  For every Lou Grant or Frasier, there are about ten Joeys or Fear the Walking Deads.  That doesn’t mean a spin-off can’t succeed, but the recipe for success is usually the involvement of the people who made the original series work, the correct selection of a character who is deep enough to explore through several years and a whole lot of luck.  After having burned through the first season of Better Call Saul, the prequel series to Breaking Bad (possibly the greatest TV show of all-time), it’s a lot more Frasier than Joey.

Saul Goodman, Walter White’s crooked attorney/fixer, was played for comedy a lot on Breaking Bad, but the character was given enough great moments to show you that there was a lot behind him that we didn’t know about (including his real name).  Odenkirk’s character does a lot more drama than comedy on Saul, and I was really impressed at how good he was.  The show runners smartly also took a character that was one of my favorites from Breaking Bad, Mike Ehrmantraut (Jonathan Brooks) and brought him into the mix as well.  The sixth episode of the show, when you find out Mike’s origin, was one of the best episodes of TV last year.  The nucleus for a strong ensemble is in place and I expect the second season to be even better.  Saul, in being a prequel to Breaking Bad, could’ve either tarnished its progenitor or added new layers of complexity to one of the richest shows ever to air.  Happily, Odenkirk and company are doing the second.  The second season of the critically-acclaimed drama will premiere on AMC 2/15/16 at 9 p.m. EST. 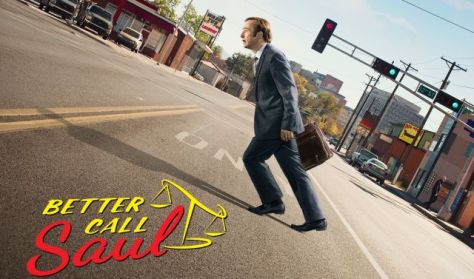 The more I consider it (and, yes, I do sit around pondering these sorts of questions) I have to admit that Breaking Bad was the best show I’ve ever seen.  In terms of writing, acting, cinematography and plotting, Breaking Bad’s the best.  There are moments in, say, The West Wing or Lost that move me more, but Breaking Bad never had a bad episode, was all about developing its characters until you could tell how they’d react in any given situation and knew exactly where it was going with an assurance I don’t think TV has ever seen before.  I’ve watched the whole series twice in a year, and I was looking to poke holes in it and there just were none to be found.  AMC  must have a heck of a lot of confidence in this venture, because not only does it have a full season one order, AMC renewed it for a full 13 episode second season before it even aired, which I’m not sure has even ever been done.  Of course, the question people are asking is doe we get to see Walter and Jesse?  My feeling is that they should end the series the Groundhog Day Walter strides into Saul’s office, but he had a relationship with Jesse long before Walter broke bad, so I think we’ll get to see some more early Jesse.  AMC debuts Better Call Saul in under a month on February 9th. 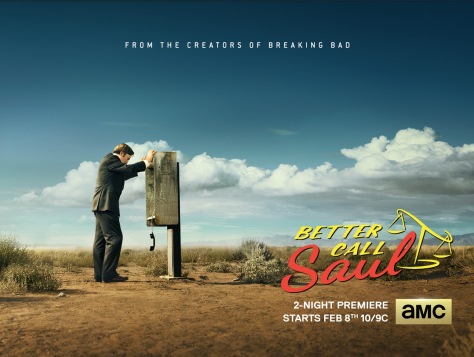 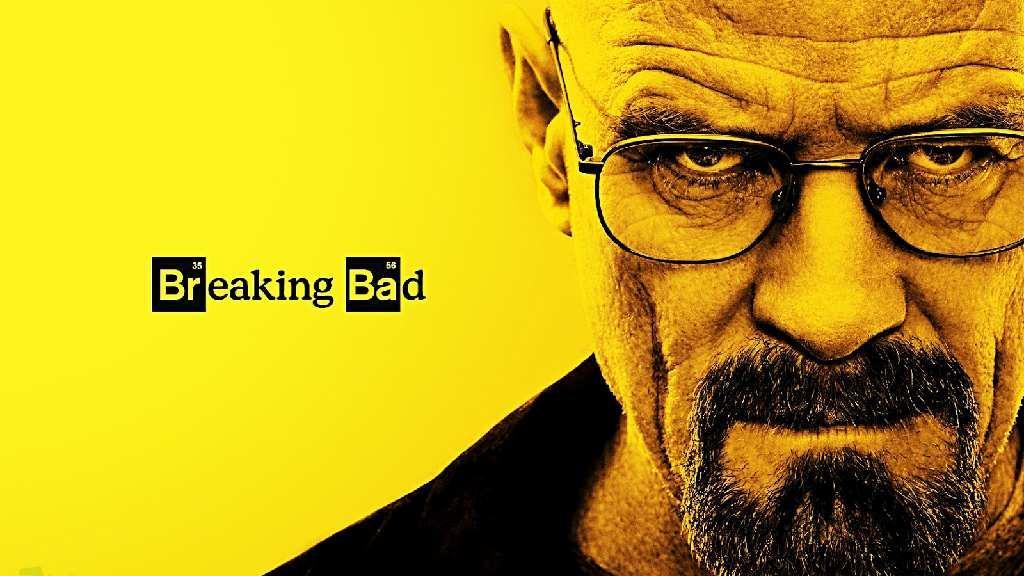 I just got finished re-watching Breaking Bad from pilot to finale, and – I have to say – this is the most consistently good, well-plotted show I’ve ever seen.  It’s not my favorite, though it’s up there, but in terms of NEVER being off, this show is just stellar.  It’s the first TV show to get two seasons honored in this column (Season 4 here).  DO NOT WATCH THIS CLIP IF YOU AREN’T AT SEASON FIVE YET!  I’d feel horrible ruining ….what I can’t mention.  Breaking Bad is really a long series of consequences to some incredibly poor decisions.  By season five, Walt has made the full journey from mild-mannered chem teacher to Heisenberg the Drug Lord.  Not many actors could pull this scene off, but Cranston’s acting during the entire series is so good that I can’t give it enough words of praise.  Perfect show.  Great scene.  If you haven’t seen it yet, you have your Netflix assignment for the week. 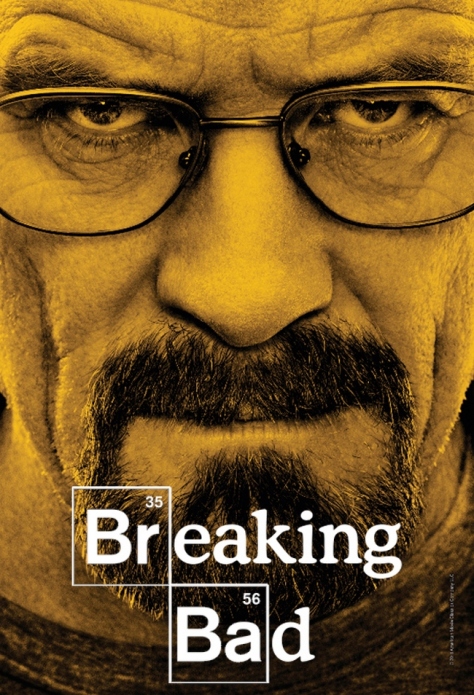