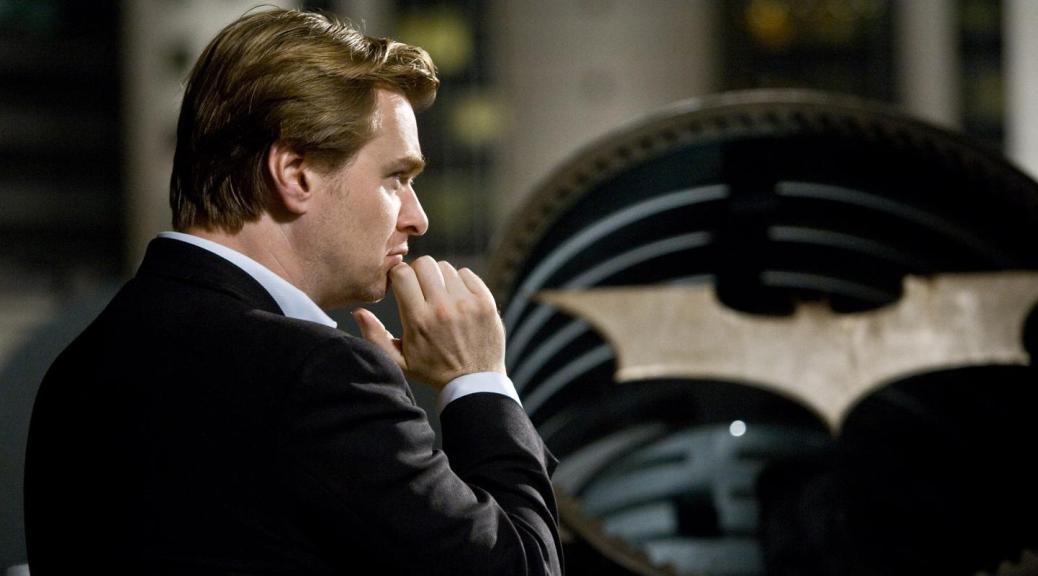 In gymnastics, it’s called “sticking the landing”. The gymnast finishes an elaborate routine with a firmly planted landing that doesn’t wobble or waver. A perfect ending. Directors seek to perform the same feat by ending their films in a way that leaves the audience with an unforgettable moment. It’s difficult. How many films are undone by a botched ending? One director who never fails to stick his landing is Christopher Nolan. Over his career, Nolan, who also writes or co-writes his films, has become known for powerful endings. He writes with the ending in mind, taking the advice of legendary film critic Roger Ebert: “Don’t bother with where it’s going to start until you know where it’s going to finish.” Nolan doesn’t just have one kind of ending, one trick up his sleeve; he’s got five. All of Nolan’s endings fall into one (or arguably several) of five types of screenwriting magic.

Memento was the film that put Christopher Nolan on the map. Memento’s non-linear plot has the ending as both the first and last scene of the film. Leonard (Guy Pearce) suffers from short-term memory loss. Conversations, facts and faces fade after a very short time so Leonard’s body is covered in tattoos of facts he “knows” to be true as he hunts the man who killed his wife, along with photos and notes with him to try to keep reality together. If that wasn’t a complex enough premise, Memento takes place backward. The film begins with Leonard’s long-awaited revenge as he executes his wife’s killer, then we rewind and the next scene is a few minutes before, then next before that, and so on, until we reach a mirror of the first/last scene in the final scene of the film. It’s there we learn that so many of Leonard’s “truths” and “old memories” are part of a legend he’s created for himself to justify a never-ending quest for revenge. He actually avenged his wife years ago, but he’s become stuck in a loop of confusion and self-created myth, finding victim after victim who fit his profile in mind-bending twist of an ending. Like most of Nolan’s films, Memento requires multiple viewings to appreciate the brilliance of just how well the audience was set up.

The beauty of The Prestige is that Nolan tells you from the opening scene exactly what he’s going to do. The film follows the format of the magic trick outlined in that scene. Nolan even shows you the dark answer to the film’s puzzling question with a shot of dozens of identical hats during Robert Angier’s (Hugh Jackman) visit to Nikola Tesla’s laboratory. Angier, obsessed his whole career with how Christian Bale is performing a trick where he appears to be in two places at once, asks Tesla to build him a machine to perform a more spectacular version of the trick. Tesla reluctantly does so, and the result is a marvelous trick: Angier is chained and submerged in a glass tank of water, seemingly inescapable, when the crack of Tesla’s wizardry blinds the audience, and Angier appears among them, miraculously transported. Except he’s not. In the film’s final horrifying shot, Angier finds a warehouse full of glass tanks containing drowned doppelgangers. The machine wasn’t transporting him, merely copying him as it did the hats, and the audience leaves the theater in shock at the cost of Angier’s “success”.

The Dark Knight Trilogy never had a problem leaving the audience wanting more. Just when Batman would seem to triumph, Nolan would pull the rug out from under fans and make them wait years for the next installment. The middle film of a trilogy is usually the most difficult to balance, but The Dark Knight never had that dilemma. The promised appearance of the Joker (Heath Ledger) is realized in the first scene, and the war between Batman and his nemesis claims many victims: the last of which is the life and legacy of Gotham District Attorney Harvey Dent. Scarred physically and mentally by the Joker after the murder of his fiancee, Dent becomes unhinged, and in the film’s final confrontation falls to his death as Batman rescues Commissioner Gordon’s family from Dent’s twisted sense of fate. Knowing that if Dent’s actions were to become public knowledge, all his convictions and good works would be overturned, Batman demands Gordon declare that the Batman has gone rogue. The film ends to a montage of Batman evading GCPD officers while we hear Gordon answer his son’s query, “Why is he running? He didn’t do anything wrong!”

Because we have to chase him. Because he’s the hero Gotham deserves, but not the one it needs right now, so we’ll hunt him. Because he can take it, because he’s not a hero. He’s a silent guardian…a watchful protector…a Dark Knight.

Inception is Nolan’s most complex film, and its ending-appropriately-one of the most debated in recent film history. The story follows a team of thieves lead by Leonardo DiCaprio who are hired, not to steal something, but to implant something: an idea. For this, the team of thieves enter the dreams of their subject, and fight off memories, projections of the subconscious and their own baggage in a visually stunning and intellectually challenging masterpiece. Every dreamer carries an individual totem, something simple that only they ever touch. This totem is used to test whether they are awake or still in the dream world. In the case of Dom (DiCaprio) his is a small top that spins continually in a dream, but will topple over in reality. The desire to be reunited with his family is at the heart of Dom’s motivation, and in the final scene, he returns home, glimpses his children, and begins to walk out to meet them as the camera slowly begins to focus on the top he idly spins before striding outdoors. Is it spinning continually? Is Dom still dreaming? Is that a wobble? Did he find his way home? Nolan ends the film just at the point where the viewer might be able to make up their mind. Repeated viewings only provide clues to bolster either conclusion.

The ending to The Dark Knight Rises wraps up the entire Dark Knight Trilogy with an amazing economy of storytelling, giving each character a farewell that builds to the hope of Bruce’s survival, and interwoven with John Blake’s (Joseph Gordon-Levitt) journey to pick up Wayne’s mantle. From the end of Bruce’s “funeral”, the strains of Hans Zimmer’s “Rise” begin to build. Lucius Fox discovers a final upgrade that might have let Batman survive. Commissioner Gordon is surprised by a brand-new Bat-Signal atop the GCPD, and whips around, wildly searching the sky. Alfred’s dreams for his foster son are realized when he looks up from a drink in Italy to see Bruce and Selina alive and at peace across the restaurant, and the wordless nod between father and son say that’s necessary. Then Nolan throws the fans a Robin card in a way that’s not at all cheesy or pandering by revealing it as John Blake’s legal name as he picks up a bag Bruce left him in his will. Following the GPS coordinates and using the climbing gear the bag contains, Blake swings into the Bat Cave, and as he rises to the suit and the legacy, the movie ends and Batman Begins. Full circle. Epic finale.

Injustice: Gods Among Us is one of the best fighting games I’ve ever played, not just because the fighting mechanics were great and the iconic DCU environments all perfect.  Injustice got its characters and wove a fantastic story into a genre into which there usually is little to none.  The story of Superman’s fall from grace into global tyrant and the civil war it sparked among the DC heroes was so good it sparked a comic that ran for the five years inbetween the game’s release and the upcoming sequel Injustice 2. 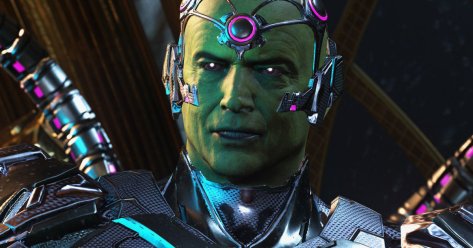 This installment promises to be one of the games of 2017 with more heroes, an intriguing customization and leveling system, and hype built on story, story, story.  A five-part cinematic ramp up entitled Shattered Alliances and included above gives a look at the games roster and serves as a prelude to the DCU’s war with Braniac.  The achievement list looks like a lot of fun and gives some insight into the settings and what appears to be deep replay value of the game.  Injustice 2 will release on May 16, 2017 for Xbox One and Playstation 4.  As always your achievements below are provided by the peerless xboxachievements.com. END_OF_DOCUMENT_TOKEN_TO_BE_REPLACED

2014’s The LEGO Movie may be the most absolutely delighted I have been by any film since starting this site, and I named it my Movie of the Year.  The film was beloved by many, so naturally now there is an entire slew of LEGO films on the way (two this year alone).  The first features the breakout star of The LEGO Movie‘s supporting cast: Will Arnett’s Batman.  Is it the awesomeness of The LEGO Movie or that the trailers seemed to promise?  No.  Sadly, in that respect, it’s a bit of a disappointment, but that doesn’t mean The LEGO Batman Movie is not a quality outing into the LEGOverse. END_OF_DOCUMENT_TOKEN_TO_BE_REPLACED

Will Arnett is my fourth favorite Batman of all-time, in any genre (Christian Bale, Kevin Conroy, Michael Keaton precede).  His Batman in The LEGO Movie managed to completely mock the character, but stay absolutely true to his core (albeit from a fractured viewpoint).  I definitely think an entire movie of this is warranted, and the trailers have left me in stitches.  Joining Arnett will be Michael Cera (Robin), Rosario Dawson (Batgirl), Zach Galifanakis (The Joker), and Ralph Fiennes (Alfred).  The LEGO Batman Movie is slated for a February 10, 2017, release. 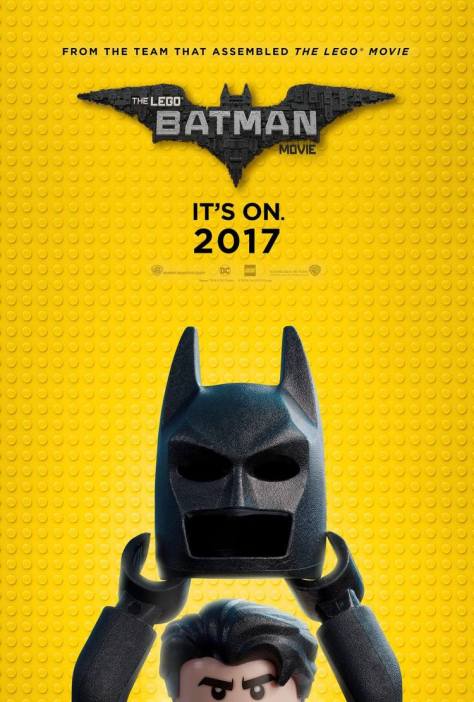 Remastering the previous generation’s games for replay in the current console cycle is something that only a few titles warrant, but undoubtedly the first two installments of Rocksteady’s Batman Arkham franchise deserve the upgrade and revisit.  Batman Arkham Asylum and Batman Arkham City (a trilogy finished by the current gen’s Batman Arkham Knight last year) revolutionized the expectations for a super hero game.  These games create an entire side universe for Batman.  Each character given a new look consistent to the tone and tenor of Arkham’s world.  Each game succeeds wholly as a video game experience, and as a Batman story.  Return to Arkham has all the DLC and content for the first two games in one package with upgraded graphics (graphics that caused a six month delay to get to the standard Rocksteady established).  There feels like there’s still so many stories that could be told in this universe even if Rocksteady says they’re done, they left the ending of Arkham Knight wide open, so I wouldn’t be surprised to see us return to Arkham for another installment in the future.  As always, the cheevos are the property and province of the peerless folks at xboxachievements.com. END_OF_DOCUMENT_TOKEN_TO_BE_REPLACED