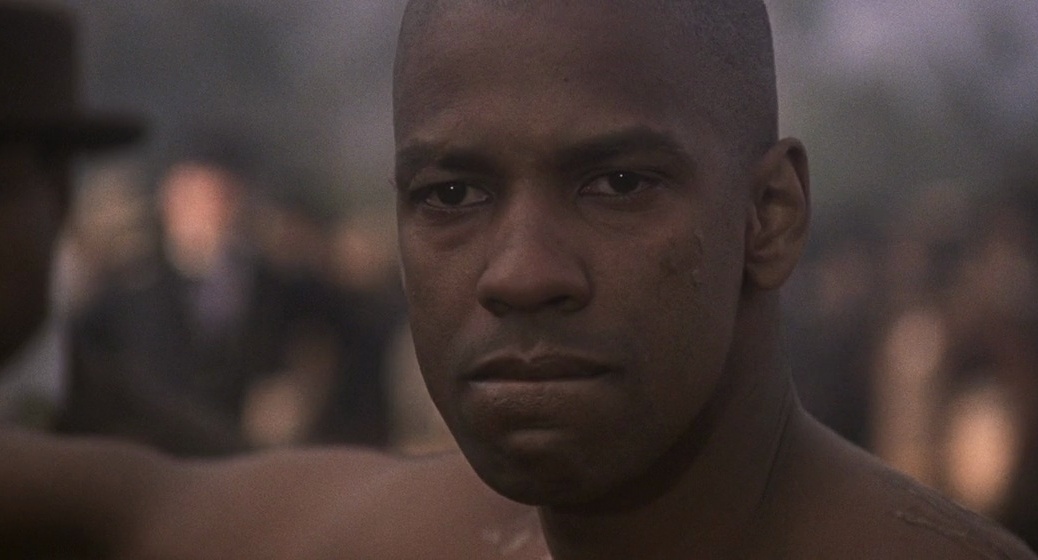 Sometimes the word “favorite” isn’t exactly the right descriptor for this column.  This isn’t a scene I watch over and over because it’s fun.  It just happens to be one of the most powerful scenes I’ve ever seen in any film, and it’s a reminder that when Denzel Washington is paired with great material, he’s probably the best actor on the planet.

Glory is a criminally underrated film from 1989 that tells the story of the Massachusetts 54th: the first all-black, all-volunteer company in the US Army.  Some were free men from the North, others escaped slaves from the South.  All were fighting in a war that would be run by white men to determine the fate of their people, and they did so in the face of contempt from both  sides.  Directed by Edward Zwick and starring an ensemble that includes Morgan Freeman, Andre Braugher, Cary Elwes, and Matthew Broderick, Glory is the film that made Denzel a superstar and won him his first Oscar (for Best Supporting Actor). 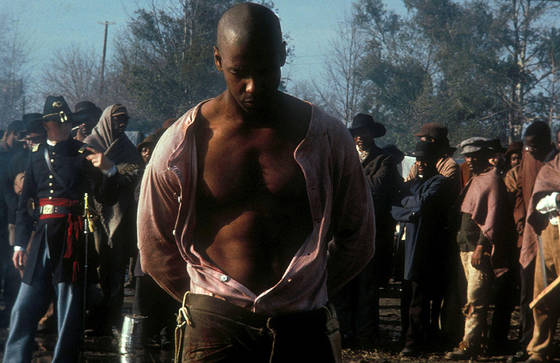 Washington’s character, Tripp, is an escaped slave, and the company firebrand.  He constantly clashes with the white officers appointed to lead the company, especially the company captain (played by Matthew Broderick).  After another disobeyed order, Broderick orders Washington’s character to be flogged either oblivious or uncaring of what that particular punishment would mean.  After the punishment was ordered, Washington doesn’t say a word, he stands in place without restraint and takes his lashes on his already-scarred back all the while locking eyes with the captain in a silent gaze during which Denzel says more with just his face, than most actors could in a career of acting.  The scene ends with one tear escaping from his stoic face, and that one tear turned Washington from a rising star, to one of the most sought after actors for decades to come.  It’s an unforgettable performance in a movie too few have seen.. 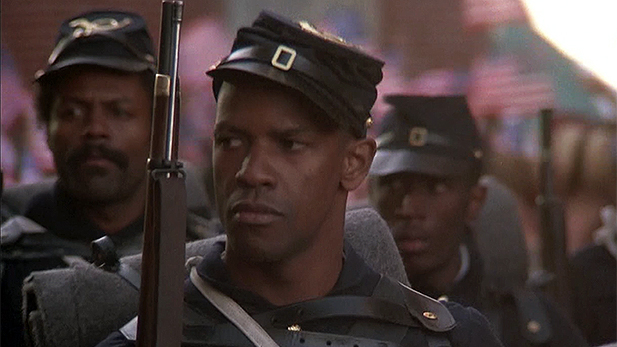