Mr. Sunday Movies has compiled every possible Black Panther Easter Egg, reference, and connection to MCU films past and present.  He also analyzes the post-credits scenes and their implications so it goes without saying that if you are one of the 12 people in the world who have not traveled to Wakanda, DO NOT WATCH THIS VIDEO!  There’s an extremely good breakdown of how the film characters compare to their comic counterparts, some background on the actors, speculation for Avengers: Infinity War, and fun tidbits like the interrogation scene between Ross (Martin Freeman) and Klaue (Andy Serkis) was the first time the actors had been on screen together since their “Riddles in the Dark” encounter in The Hobbit: An Unexpected Journey.  If you, like me, have now seen Black Panther multiple times, this is a great way to revisit the minutiae of the film, and we’re only a month and a half away from more Black Panther when Avengers: Infinity War now opens on April 28th! 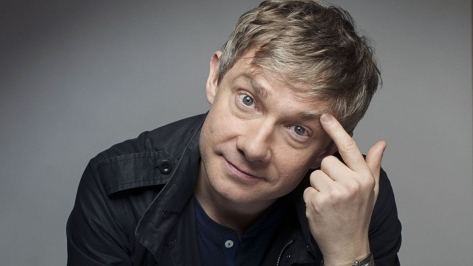 Martin Freeman looks like an accountant more than he does a major star, but Freeman’s star has catapulted from the early days of the BBC’s version of The Office to roles in the biggest films Hollywood has to offer.  Freeman has always bounced back and forth between television and films.  He redefined Dr. Watson for a new generation in Sherlock, starred in a better Fargo than the film, and began The Office revolution.  He’s also traversed Middle-Earth, traveled the Marvel Cinematic Universe, and starred in a trilogy of Edgar Wright’s most bizarre comedies.  He has astounding range for someone who looks like a midwestern insurance salesman (he just changed careers from accountancy), and while is terrifically funny, can be menacing, charming, or heart-breaking in turns.  Anything that has Martin Freeman in it is instantly worth watching, because if it’s good, he’s going to make it great, and even if it’s bad; he’ll make it tolerable. END_OF_DOCUMENT_TOKEN_TO_BE_REPLACED 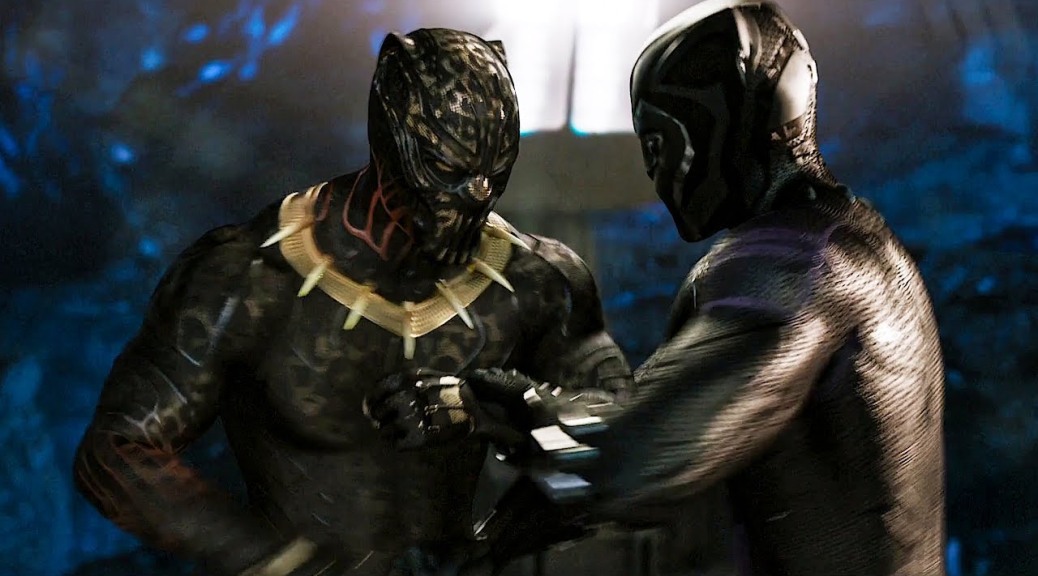 How do you balance the safety of the few versus obligations to the many?  Should the sins of the past be buried or brought to light?  How can a good man be a good king?  Black Panther is not just another comic book film or an enjoyable MCU installment.  Director Ryan Coogler has established in T’Challa (Chadwick Boseman) a complex, layered, admirable monarch.  Black Panther transcends being “just another comic book movie” in the way Wonder Woman did last year.  It’s culturally relevant, brilliantly imaginative, groundbreaking, challenging, and in its 18th installment, the Marvel Cinematic Universe has produced its best film yet. END_OF_DOCUMENT_TOKEN_TO_BE_REPLACED

Black Panther is one of the most complicated characters in the Marvel Universe.  He’s a monarch to the most isolated and technologically advanced nation on earth.  He’s a religious leader.  He’s a super hero to the outside world, and he’s the bearer of a mantle that stretches back to the founding of his nation.  Avengers: Infinity War showed us how pivotal Wakanda is going to be to the fight against Thanos on Earth, and I’m so pleased that they’ve gone all out again, creating another unique corner of the Marvel Universe for us to discover even when we’re going to be 18 films into the epic.  Black Panther’s two international trailers have a lot of additional footage, and the film itself will release February 16, 2018. END_OF_DOCUMENT_TOKEN_TO_BE_REPLACED

Black Panther is one of the most complicated characters in the Marvel Universe.  He’s a monarch to the most isolated and technologically advanced nation on earth.  He’s a religious leader.  He’s a super hero to the outside world, and he’s the bearer of a mantle that stretches back to the founding of his nation.  Captain America: Civil War only gave us a glimpse at T’Challa’s burden.  The first trailer for the film introduced Wakanda, but the second gives us more of an idea of the plot, introduces the dynamic between T’Challa and his sister, his mother, and his American liaison (Martin Freeman).  It also re-establishes Andy Serkis as Ulysses Klaw, the film’s villain that was set up waaaaay back in Avengers: Age of Ultron and T’Challa’s main rival: Erik Killmonger (Michael B. Jordan).  This film is going to blow people’s minds.  Having Thor: Ragnarok and Black Panther as the lead-ins to Infinity War was a brilliant idea.  But then, it’s Marvel.  It’s what we’ve come to expect. END_OF_DOCUMENT_TOKEN_TO_BE_REPLACED