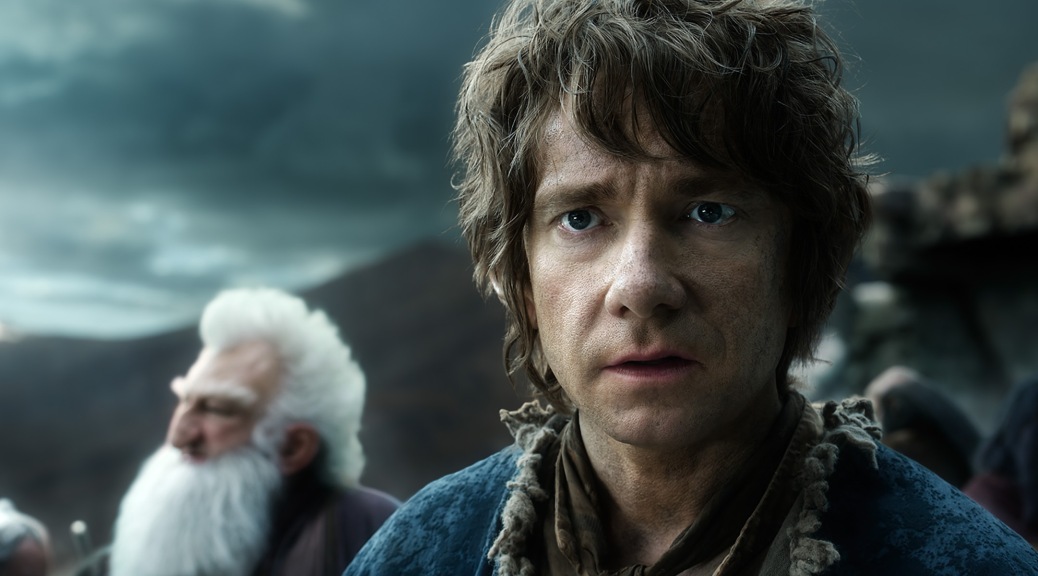 Warner Bros. Home Entertainment has officially announced the Extended Edition Blu-ray release of filmmaker Peter Jackson’s The Hobbit: The Battle of the Five Armies. The extended edition of the third film in Jackson’s Hobbit trilogy features twenty additional minutes of scenes and is accompanied by more than nine hours of new special features. The R-rated Extended Edition arrives via 2D and 3D Blu-ray/Digital HD combo packs on November 17th.

Synopsis: The Battle of the Five Armies is the epic conclusion of the adventure of Bilbo Baggins (Martin Freeman), Thorin Oakenshield (Richard Armitage) and the Company of Dwarves. The Dwarves of Erebor have reclaimed the vast wealth of their homeland, but now must face the consequences of having unleashed the terrifying Dragon, Smaug (Benedict Cumberbatch), upon the defenseless men, women and children of Lake-town. As he succumbs to dragon-sickness, the King Under the Mountain, Thorin Oakenshield, sacrifices friendship and honor in search for the legendary Arkenstone. Unable to help Thorin see reason, Bilbo is driven to make a desperate and dangerous choice, not knowing that even greater perils lie ahead. An ancient enemy has returned to Middle-earth. Sauron, the Dark Lord, has sent forth legions of Orcs in a stealth attack upon the Lonely Mountain. As darkness converges on their escalating conflict, the races of Dwarves, Elves and Men must decide – unite or be destroyed. Bilbo finds himself fighting for his life and the lives of his friends as five great armies go to war.

The creative behind-the-scenes team is led by director of photography, the late Andrew Lesnie, production designer Dan Hennah, editor Jabez Olssen and composer Howard Shore. The costumes are designed by Richard Taylor, Bob Buck and Ann Maskrey. Taylor is also overseeing the design and production of armour, weapons, creatures and special makeup, which are once again being made by the award-winning Weta Workshop. Oscar-winning visual effects studio Weta Digital is again handling the visual effects for the film, led by senior visual effects supervisor Joe Letteri. The hair and makeup designer is Peter Swords King. The conceptual designers are John Howe and Alan Lee. Eric Saindon is the visual effects supervisor, with David Clayton serving as animation supervisor.

The R-rated 174-minute Extended Edition cut of The Hobbit: The Battle of the Five Armies is presented in 1080p with DTS-HD Master Audio 7.1 surround. Special features include:

Where’s a fricking shark when you need one?

Sneaking into early-August and steamrolled by Guardians of the Galaxy is Into the Storm.  Is it as bad as the inexplicably horrid Sharknado phenomenon?  No.  But then, at least you can laugh at Sharknado.

Bereft of the other 13 members of his company, Thorin Oakenshield…er…Richard Armitage is the father two high-school boys and a teacher at a school in Silverton, OK.  Don’t look for it on a map.  By film’s end there isn’t enough to put together a decent trailer park.  The only other recognizable face in the cast is The Walking Dead’s Sarah Wayne Callies.

The film is neatly divided into several sections, befitting as it purports to be a documentary of the event.  The first third of the movie shows us who and what will absolutely be hit by the tornado(s).  The second third of the movie heralds the arrival of the funneled menaces and stuff ‘splodes.  The last third of the film our survivors run from a tornado that is so large that it eats Silverton whole.

The script is amateurish, filled with “Look at that!” and “It’s coming this way!”, etc..  Production values on the F/X vary wildly.  The production budget was clearly spent on a few shots, most of which you probably saw in the trailer, and others look sub-TV quality.

Essentially, what I’m saying here is that Into the Storm makes Twister the Citizen Kane of tornado movies.
2.0/10 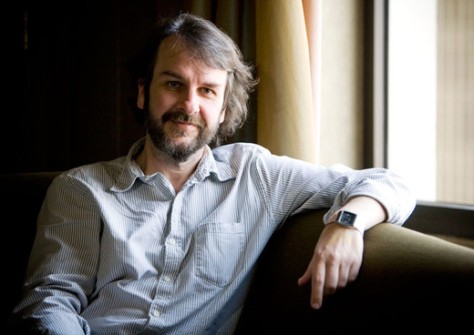 Peter Jackson has completed his full six-film Middle-Earth epic over the course of nearly 20 years of work on and off again on the two trilogies that make up the project.  That The Lord of the Rings is pretty much flawless (and, oh yes, we can throw down over that), universal consensus on The Hobbit trilogy is much more mixed; the overall feeling seeming to be that the trilogy’s glacially-paced start can be forgiven (if we all agree the Goblin King song never happened) by the action that took the dwarves to The Lonely Mountain and the tragic battle spawned by the greed for the riches that is the equal of any battle in any film ever made. END_OF_DOCUMENT_TOKEN_TO_BE_REPLACED 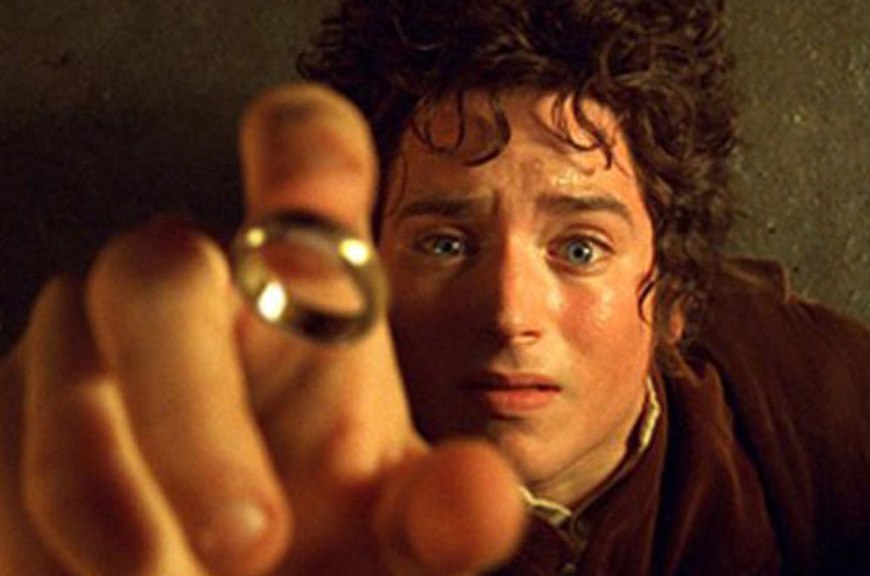 As I head out the door to see the final Middle-earth film, The Hobbit: The Battle of the Five Armies, I closed our poll on “Favorite Middle-Earth Character” and was stunned.  Gandalf had the lead the entire way with no one even close, but as the poll closed, Frodo had in the same underdog way that got him up Mount Doom, passed a puzzled Ian McKellan.  Frodo Baggins the gold; Gandalf the Grey the silver and Legolas Greenleaf the bronze.  Thanks to all for voting; we’ll have a review up of the final film by the weekend! 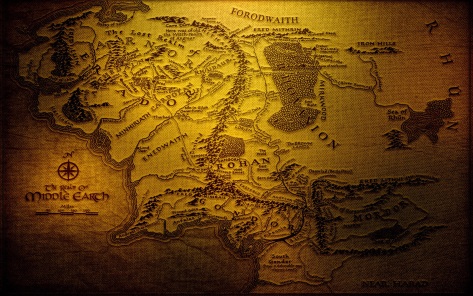 Usually I try to do our polls on a monthly schedule but Middle-Earth has been up for an extra long run because, heck, we’re talking about establishing the official KT Best Character in probably minute-for-minute the best film franchise of all time!

SOMEONE throw Thorin a pity vote for crying out loud, it’s getting sad.  Sauron has more votes than him.

Here’s the deal, on December 17th, we will give to the character most loved by KT a special Ring of Power that really just shoots out sparklers and the occasional cherry bomb, but Gandalf made a living doing that for centuries using a staff!  From there we’re going to go to our next poll which will be the community decision of game of the year and on January 17, we’ll switch over to our most solemn of polls.  Our highest calling as blogging nerds.  We crown the film of 2014 and if we have as hard a time as the Golden Globes did in finding nominees, this should prove challening.  Who will be the third KT Best Picture of the Year?  2013 – The Dark Knight Rises; 2014 – Argo…..2015 – ……..can we pre-vote Star Wars Episode VII? NO!  Squashed that question.  But for now, make sure you’ve voted in the Middle-Earth poll and get ready for a final trip to that most fantastic of escapist worlds!