Samuel L. Jackson, like fellow actors Morgan Freeman and Tommy Lee Jones, came late to superstardom.  Jackson was in his mid-40s when his career began to skyrocket with roles in Jurassic Park and his first of six partnerships with Quentin Tarantino in Pulp Fiction.  Despite the late start, Jackson quickly became known as one of the hardest working actors in Hollywood.  His filmography has over 100 movies on it as Jackson continues to make several film appearances every year.  A huge comic book fan himself, Jackson’s Nick Fury was the backbone of the early MCU.  His Nick Fury was so popular that the character in the comics was redesigned to bear his likeness.  His plus-sized personality and range continue to grow (practice, if nothing else, makes perfect) and heading into his 70s, Jackson is as big a star as he ever was.
END_OF_DOCUMENT_TOKEN_TO_BE_REPLACED 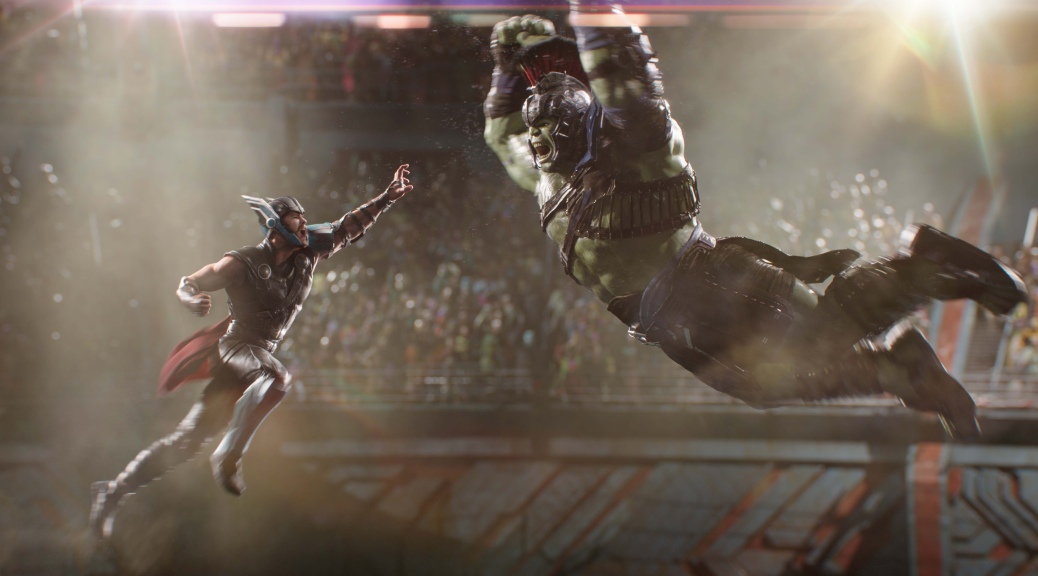 Hard as it is to believe, preview night viewers will be watching Avengers: Infinity War in just 22 days.  What began with Iron Man in 2008 and has continued through Black Panther earlier this year, is an interconnected 18-film tapestry that has introduced the Marvel Universe to the entire world and created a host of indelible moments.  Some of the best have been the fights (these are comic book films after all) and WatchMojo has put together a list of their 10 best.

The best fights have either been the ones that were deeply personal (Tony, Cap, and Bucky in Civil War or Cap and Bucky in Winter Solider) or were just flat-out battles your inner nerdgeekdork wanted to see (Thor and Hulk in Thor: Ragnarok).  The villains in MCU films are rarely the point, but this list was published before Black Panther was released, and I wonder if the Panther/Killmonger fight would have made the list if they had to do it over.  WM also considered the MCU’s TV entries and, as no surprise, there’s an iconic fight from each season of Daredevil that justly makes the list.  It’s rare in the MCU that the heroes fighting each other isn’t more interesting than a villain showdown.  I doubt that’s going to be the case when the entire MCU comes for Thanos and his Black Order, but we’ve only got to wait 3 weeks to find out.  So were there any glaring throwdown omissions for you on WM’s list?

WatchMojo’s back with another movie list: this time featuring the Top 10 Movie Fistfights of all-time.  Bit of a violence warning on this, but if you hadn’t figured that out from the category title, then the warning probably won’t be read until after the video.  The guidelines for the list were that the fight had to be fist-intensive so too much kicking got it tossed, and fights could not take place within the confines of sports, so no boxing matches (but then they include bare knuckles brawling from Sherlock Holmes, which smacks of self-rule breaking….ANARCHY!).  I’m not exactly sure when WM put this out, but I think it’s at least three years old, but it does have some great selections….and a few that I think could easily be improved upon.  Die Hard, Fight Club, The Winter Solider, and The Dark Knight Rises?  Absolutely.  Picking a Rowdy Roddy Piper movie over the fight on the tarmac from Raiders of the Lost Ark?  That seems a bit dodgy to me.  CineFix is the king of movie lists as far as I’m concerned, and WatchMojo’s are always entertaining, but seem to have always room for improvement.  I think Raiders is a clear inclusion.  What do you think needs to go on this list?

Scarlett Johansson isn’t even in her mid-thirties and she’s already put together a huge resume of quality dramatic, action, and vocal work.  Her six outings as Black Widow in the Marvel Cinematic Universe have made her the highest-profile female super hero (who NEEDS HER OWN MOVIE), and is probably the best female action star working today.  Her voice is so distinct and versatile that she could float out the rest of her career just doing voice over work (Jungle Book, Her, Sing).  She’s been acting since her teens so her resume already has over 50 films to it, and her versatility allows her to do so many different kinds of roles that she’ll no doubt be able to skirt Hollywood’s female age ceiling as her career continues to develop.

END_OF_DOCUMENT_TOKEN_TO_BE_REPLACED

The Marvel Cinematic Universe started eight years ago this week with the release of 2008’s Iron Man.  Fast-forward to 2016 and the first weekend in May is now Marvel Weekend.  They park a film here every year, and every year, advance an ongoing film universe that now contains four TV shows (with four more planned) and is on its 13th installment with Captain America: Civil War.  It is well on its way to becoming the most prolific (it should pass the Bond franchise for most installments in a series around 2020) and successful film franchise in history.  The cornerstone of the Marvel Universe is Captain America. END_OF_DOCUMENT_TOKEN_TO_BE_REPLACED