Next week the 17th installment of the MCU roars into theaters featuring a Thor/Hulk team-up in Thor: Ragnarok.  Hulk has been one of the most troublesome characters in the MCU’s history in and out of the movie theater.  The Incredible Hulk was the 2nd installment in the MCU, the first to feature characters crossing over between films (Tony’s post-credit scene with Gen. Ross), and the first to feature a casting change.  Edward Norton was-whatever Marvel wants to call it-fired for complaining to the press about the cut of director Louis Leterrier’s final film.  And he was absolutely right. END_OF_DOCUMENT_TOKEN_TO_BE_REPLACED 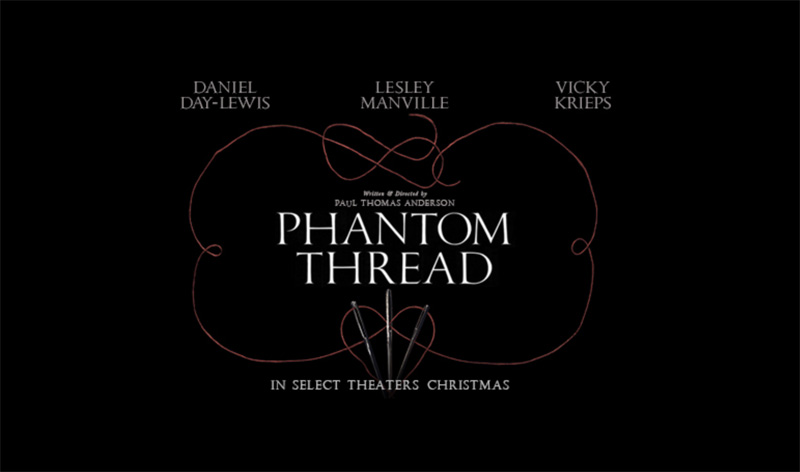 Releasing Christmas Day, among a glut of other films will be an odd-looking film about a dressmaker that will be the final performance of one of the greatest actors of all-time.  Phantom Thread, directed by Paul Thomas Anderson (Magnolia, Boogie Nights) was announced earlier this year by Daniel Day-Lewis as his final performance.  Day-Lewis has always marched to the beat of his own drum, and it’s entirely possible he’ll change his mind at some point in the future.  However, if this is it, this is an extremely strange trailer for an odd-sounding movie to finish a career on.  Daniel Day-Lewis is the only actor in the history of the Academy to win Best Actor in a Leading role three times, the final time coming in 2012 for his best performance, in my opinion, in Lincoln.  I’m not a particular fan of PT Anderson, so I may let Lincoln stand as my last remembrance of Day-Lewis onscreen, but if he’s done, he’ll be remembered as a giant.  Full plot details below from Coming Soon. END_OF_DOCUMENT_TOKEN_TO_BE_REPLACED