This month marks the premiere of the fourth and final season of Star Wars: Rebels.  The show, which continued in many ways on from the six seasons of Star Wars: Clone Wars, marks a decade in animation bridging the gap between the prequels and the original trilogy.  Many characters (Ahsoka, Rex, Hondo, etc.) that were introduced in Star Wars: Clone Wars have had big parts to play in Rebels, but who is your favorite character introduced into canon during Rebels’ run?  This includes fan favorite Grand Admiral Thrawn, the main adversary for the back half of the series (Thrawn was introduced in the novels, but made ex communicado by the rebooting of the EU; Rebels reintroduced him into the canon). 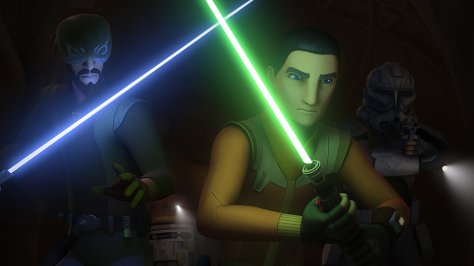 It remains to be seen what the fate of The Ghost’s crew will be in the final season, which begins roughly a year before Rogue One/A New Hope, but we do know the ship will survive as it was inserted as an Easter Egg in the Rebel fleet during Rogue One’s climactic battle above Scariff last year.

So pick your favorite Rebel or Rebel villain and vote away!  We’ll tally the votes at the end of the month to see who the community’s favorite character addition is, and you can watch the premiere of the final season October 16, 2017, on Disney XD. 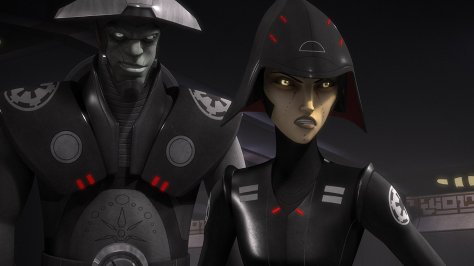