Tomorrow is the best unofficial holiday on every geek’s calendar: MAY THE FOURTH BE WITH YOU!!!  In anticipation of our yearly celbration of Quatro de Mayo, and in keeping with running through some of my favorite YouTube channels for interesting and informative videos, I thought I’d post What Culture’s 10 Changes Made to Star Wars that Were Completely Justified. 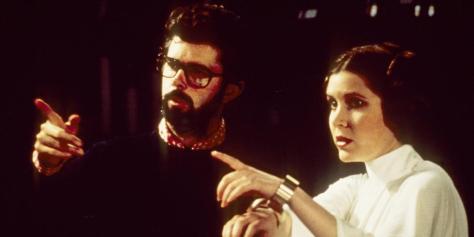 George Lucas’ tinkering, perhaps more than any other issue, split him off from the fan base that had previously worshiped him without question.  For those of you hoping that Disney’s stewardship would involve a release of the the unaltered trilogy, the latest word is that Disney has no plans to ever restore or alter the Original Trilogy from its current form.  So we’re stuck with that fricking muppet nightmare musical number in Jabba’s Palace and Han kinda sorta shooting first.  Both of which were NOT completely justified changes to the Saga.  What do I personally think about What Culture’s choices?

Nine out of Ten agreement!  See, not all the changes were bad…just that the ones that are bad are SO bad that you tend to forget good ones.  I would add the Death Star’s much more spectacular explosion to the list.  I could probably find even more, but the longer I think about this topic, the more likely “Jedi Rocks” is likely to start playing on my mental iPod and that’s not going to be good for anyone.  Get your lightsabers ready for tomorrow and find ways to work “Utinni!” into conversations.  MAY THE FOURTH BE WITH YOU!!

3 thoughts on “10 Star Wars Changes That Were Completely Justified”