August’s poll asked the question, “Who’s the best baddie so far?” when it comes to the 13 films and four TV series that have so far made up the Marvel Cinematic Universe.  Marvel bucked the established trend in comic movies before Iron Man, which was that the villain was the centerpiece of the film and the hero’s journey was shaped by their adversary.  Marvel’s films and series are very much hero-centric.  The readers had no doubt as to whom the top villain was.  Tom Hiddleston’s god of mischief was the star of Phase One of the MCU, and continued to expand his character in Phase Two, and I’m sure will have an impact in Phase Three both in Thor: Ragnarok, but in the Infinity War, as well. 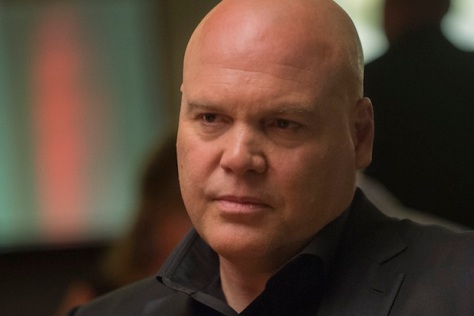 While four out of the remaining eight villains split the remaining votes (no love for Ronan, Whiplash, Malekith, or the Red Skull – which Marvel needs to seriously revisit and remedy at a later date because that’s too major a villain to be forgettable), the clear silver medal went to Daredevil’s Wilson Fisk (Vincent D’Onofrio).  Fisk was actually my pick.  He has, over two seasons, developed a character unlike any comic villain before, and turned in the performance of a career.  A late surge put Zemo into third, which may be surprising, but think about it, who has actually done more damage to more heroes than Zemo in Civil War?

These results will quickly be replaced by our 4th Annual Best Show on TV Poll.  This, along with February’s Best Film Poll, are the two most important of the year, so keep an eye out, mull over your options and get ready to cast your ballot (that means you too, Tweeters, Facebookers, and Tumblrs!).