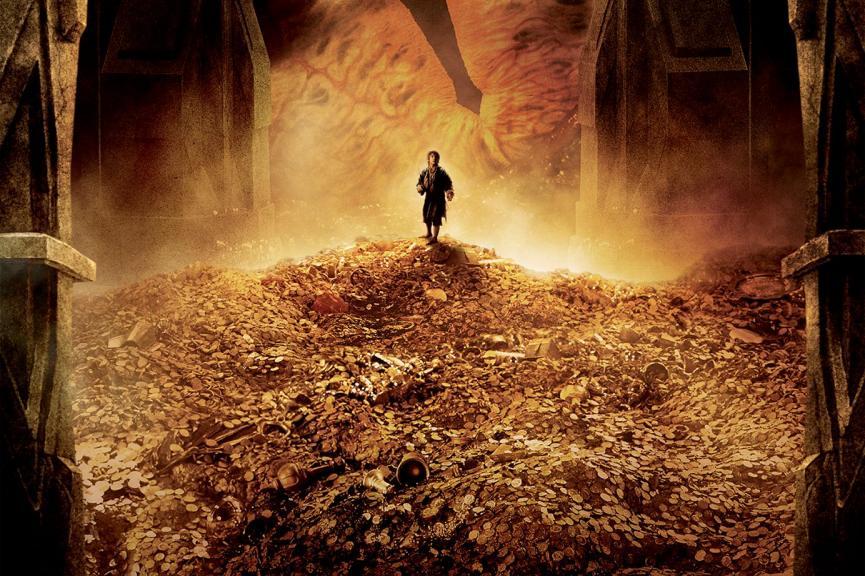 I have to say, I’m surprised.  The Hobbit: The Desolation of Smaug was a dominating choice by the Killing Time community as the Best Film of 2013.  Most of the month it had over 50% of the votes, before settling down to a 34.16% win.  Finishing a distant second  was my pick Gravity with 18.42% and third was 12 Years as a Slave with 13.16%.  Out of the ten films listed all got votes except Captain Phillips.  No love for the Captain?  No one?

My surprise doesn’t come from disliking the film, but from this being the most problematic of the five Middle-earth theatrical cuts.  I felt it really suffered from the pressure to get it under An Unexpected Journey’s running time.  That being said, my legion of time stabbers has spoken and Desolation becomes the 2nd Annual KT Community Movie of the Year (Dark Knight Rises won last year).

Thanks to all who voted, shame on all you who did not and we’ll have a new poll up soon.  If you have any idea for future polls to pick the brain of our readers, tweet me @sleeplessdave or leave a comment on the site’s Facebook page at www.facebook.com/killingtime2014.

As we endure the wait for a real EpVII trailer (best guess: a teaser this Christmas), there are going to be more and more fan trailers popping up on the net.  I liked a lot of the cutting in this one, though they seem to be banking heavily on Russell Crowe being in the film and I’ve not once heard him attached.  It’s fun to think about what the real trailer will look like and how we will all turn into quivering balls of geekplasm when it debuts.