This video is the most posted video now in the history (albeit brief of this website).  The phenomenon that is Patton Oswalt’s crazily improvised premise for Star Wars Episode VII continues to seize the hearts and minds of sad, pale friendless geeks like myself.  First, Entertainment Weekly gave the bizarre opus its own poster.  Now someone has gone to the admirable time killing effort of animating the rant.

For those who somehow missed the off-the-cuff feat of nerditry last month, Patton Oswalt was guest starring on an episode of Parks and Recreation.  His character was filibustering at a Pawnee, Indiana City Council meeting.  The writers hadn’t scripted anything for Oswalt and just asked him to talk about anything for as long as he could.  Oswalt proceeded to outline in phenomenal detail his pitch for Star Wars Episode VII.  The pitch merges the Star Wars and Marvel Universes with Greek Mythology into a sort of geekly fever dream.  Above, I have first the original version of the take from the show, then the animated version with Entertainment Weekly’s poster below. 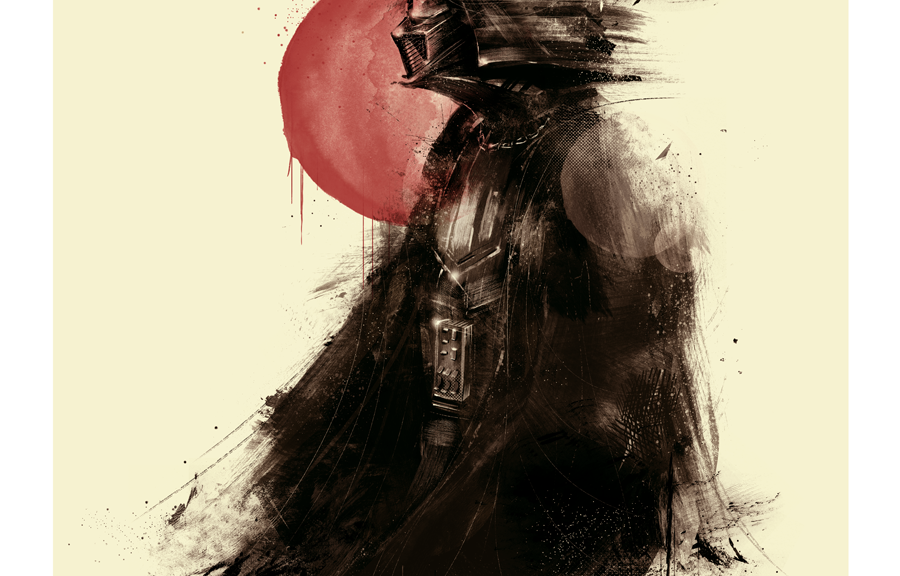 This is turning into a very Vader-intensive Memorial Day weekend’s worth of posts….not that there’s anything wrong with that.  This painting by Marie Bergeron caught my eye and I just wanted to highlight it because I thought it was fantastic.  I hope all enjoy the holiday today!