Oh shut up.  Like your favorite scene from Braveheart is anything else.  Yes, it’s a layup, but it’s a great scene.  When I was in college I actually wrote an eight page paper on the ethos, pathos and logos employed by Wallace to rally the Scots.  This was the same class in which I wrote a treatise on the logical fallacies of resisting the Power of the Dark Side.  If you find yourself in a class with a burned out geek of a professor, feed them.  You’ll reap A’s.

There was a time yon long ago when Mel Gibson was an extremely talented director and actor and not just a crazy, crazy, crazy, crazy (ad infinitum) anti-Semitic bug-eyed schizoid.  And in the year of our Lord 1995, he made a film called Braveheart to which the heart doth cleave.  So listen to the words of William of Clan Wallace and remember that better time and remember it well. 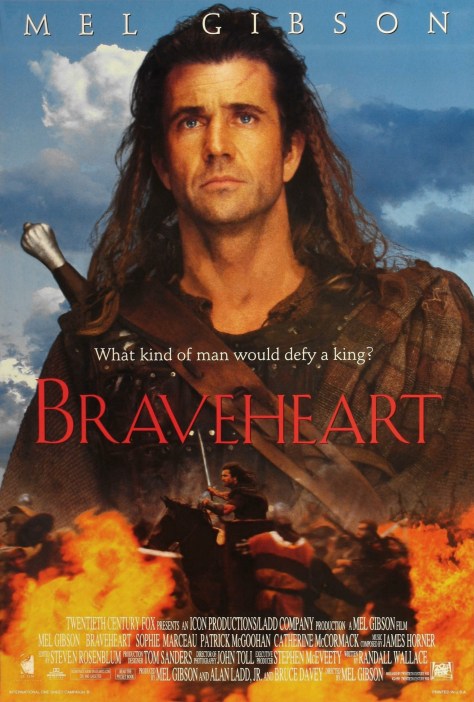 Below comes from Coming Soon via The Daily Mail regarding rumors that Christopher Nolan has been approached to direct the next Bond.  As the article below points out, this would push Bond back to at least 2016 due to Interstellar, but I wouldn’t dismiss this out-of-hand.  The Bond films are among Nolan’s chief influences and he’s been very open to helming one when asked in the past.  If not this time around, I think a Nolan Bond film is an eventuality.

The Daily Mail is reporting that The Dark Knight director Christopher Nolan has been approached to helm the next James Bond film. They say that talks are still in the early/informal stages with Nolan and his representatives but that Barbara Broccoli and Michael G. Wilson have started courting him for the job.

Previous reports on “Bond 24” indicate that the screenplay is currently being worked on, with MGM eyeing a release for the project within the next three years. Should Nolan sign on, this timetable might need to be altered to accommodate his schedule (he is currently working on Interstellar, which is scheduled to hit theaters on November 7, 2014).  Nolan’s track record, however, shows he is capable of churning out big projects in less than two years, so a 2016 release date isn’t out of the question. Chris is an outspoken fan of James Bond and has expressed interest in directing one of the films in the past, so don’t be surprised if this ends up happening, but for now it’s just a rumor.